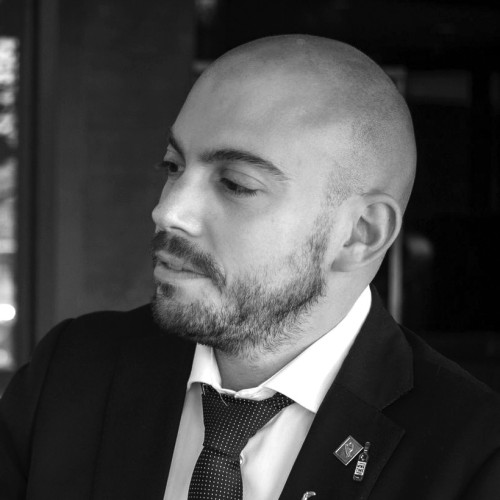 Gastrovino is the place where fine food and fine wine intertwines. Since 1932 different entrepreneurs have set up a collaboration in of terms of European delicacies and wines worldwide.  Their stores are widely loved across The Netherlands. To celebrate their 90th anniversary, a food and wine festival was organized at the historical site of Landgoederij Bunnik, an estate in The Netherlands. Over 40 booths with wines from across the world, along with finger licking good pastas, olive oil and the most amazing cheeses and cold cut meats, coming from Spain, Italy, Belgium, and The Netherlands of course. The afternoon was completed with the most engaging and inspiring masterclasses Get a sense of this amazing festival throughout my highlights below:

Upon arrival I noticed just how popular Gastrovino is, because over half an hour before opening doors, there was already a long cue outside. Once inside it was hard not to get overwhelmed by the choice of the booths, luckily a tasting booklet with all the participants and their products was provided. I immediately joined the first masterclass hosted by Francesca Dal Cero, from the Dal Cero family estate in Italy. They produce wines from different parts of the north of Italy as well as Tuscany. The wine that there are mostly known for is their Soave, made from the Garganega grape. Even though I have been to the town of Soave, it keeps on amazing me how much potential this grape has. Something that Francesca proved for me once again. Their Runcata Soave Superiore DOCG is top shelf and I got to taste the vintage 2020, 2017 and 2016. This line shows the aging potential very well with aromas going from fresh citrus and oak in the young one, going to aromas of minerals, lemon peel and a round creamy mouthfeel in the older vintages. This wine was truly made for aging, with a potential going up to 20 years.

Some of the highlights

After this class the tone was set for the afternoon, and I was excited to explore the festival. I decided to stay in Italy for a bit and I went to the Italian section hosted in the room called ‘De Deel’ which is the largest room decorated with a farm-like vibe with wooden beams and a fireplace.  I tasted wines from Simone Capecci, from Le Marche, with their amazing Pecorino. This grape was almost extinct but after being revived in the area now made it to a DOGC certification. The fermentation in concrete tanks creates a creamy texture in the wine, making this more suitable than just for aperitive, but can also be matched with poultry or fish. A few stands further you could find the booth of Cantina Mesa, a winemaker from Sardinia who was very exuberant about his Carignano, Carignan in France. The Carignano does not have a DOCG label anywhere else in the country, except in this southern part of the Island of Sardinia. I can understand why, because his Carignano has beautiful notes of dried red fruits, cinnamon, cured meat and dried tobacco. The wine is not very high in tannins, which makes it a perfect match with rich poultry served with fruit-based sauces, but also game meat and veal. From this room, you can wander outside where the wines of Spain, Portugal and the new world were represented, along with several food stands.

The Afeltra pasta, cooked with the Olio Roi olive oil and green pesto was complex, rich, and simply delicious! It would go very well with some of the above-described wines, my mind tends to turn to Saove instantly. Also, the stand of Serra de Rodes with its Spanish specialties was worth a visit. Even though it was mostly very busy, and you had to squeeze your way in through the crowd, the complex and tasteful Chorizo and Fuet, along with the spicy Gazpacho Traditionele makes you want to come back for more. From there I made my way into the new world and stopped at the stand of Susana Balbo, who is just such an inspiration! She is not only the first female oenologist in Argentina, but she was also very involved in putting the grape Torrontes back on the wine map. In fact, it is her very own Crios Torrontes that has helped create the reputation of which the grape has today.  A beautiful expression of rose pedals, white peaches, pear, and lemons. A soft acidity makes this a subtle yet complex wine. Apart from that she produces some amazing Malbec, Cabernet Sauvignon and Malbec late harvest.
The booth of Niel Joubert from Paarl, South- Africa provided beautiful Chenin Blancs, with a clear difference between the unoaked Chenin and the reserve. Going from fresh white peaches, yellow apple, jasmine, and citrus blossom to aged notes of lemon jam, cream, hazelnut, and bruised apple.

Walking back in, passing through Italy again and going to the room of ‘De Tapperij’ where the wines and cheeses from France were presented. Just coming back from a big wine trip throughout France, I was very excited to tasted some of my favourite wine regions again. However, a lot of people had that idea, so it was very crowded in the room and hard to make your way to the different booths. Especially the stand of Champagne Veuve Fourny & Fils was very busy, which I understand completely, because they do produce very complex, yet elegant Champagnes. The beautiful chalk expression makes for a very clean cut and fresh mouthfeel. Escaping the crowd, I found the booth of Chateau Adaugusta, run by the engineer Gerard Canual. He and his wife opened a winery in Saint- Emilion, Bordeaux after their retirement. The best thing they ever did if you ask me, because their Grand Cru in particular sends such a powerful message! Ripe tones of black berries, spiced plums, smoky oak, coffee, sandalwood, dark chocolate. I literally could not stop smelling its beautiful fragrance! Gerard gave me the tip to save some of the 2018 vintage and have it with some cheese from the booth next door. I had it with the Morbier AOP Bichonne, a blue cheese strong flavours that was so well balanced with the Saint-Emilion from Adaugusta! You can never go wrong with a blue cheese and a semi-aged Saint-Emilion in my book!

Of course, the festival had so much more to discover in terms of food and wines. Also, some very fine non- alcoholic booths were featured as well, thinking about sparkling wines from Spain and spiced ginger beers. Sadly, there was just not enough time for me to explore and discover all the amazing products that were presented there. So, there is only one thing for me to do, and for all you to do actually and that is to visit one of the shops of Gastrovino and to be advised by the experienced staff regarding their wonderful products. You can find the location of all their shops via their website gastrovino.nl

I wish you all a wonderful discovery journey! 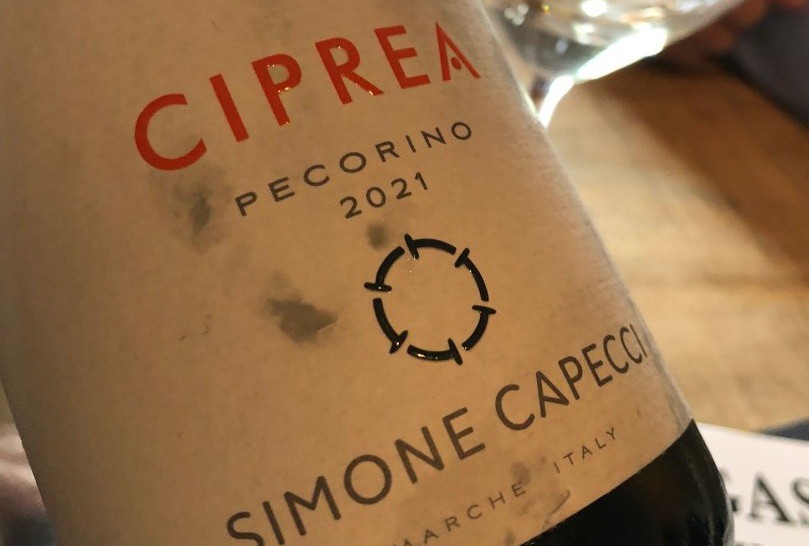 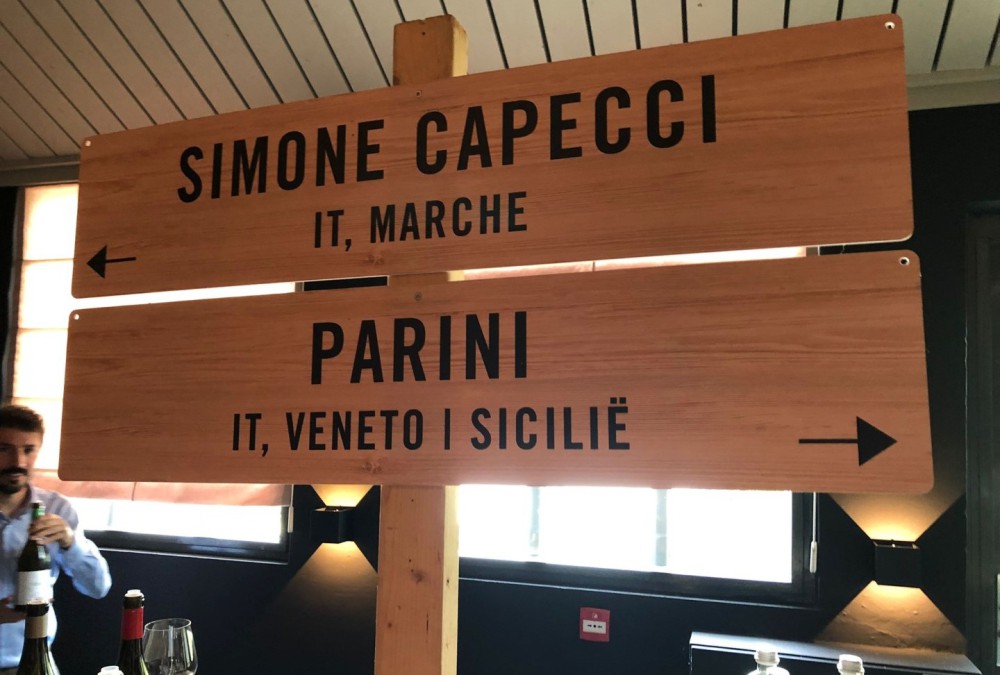 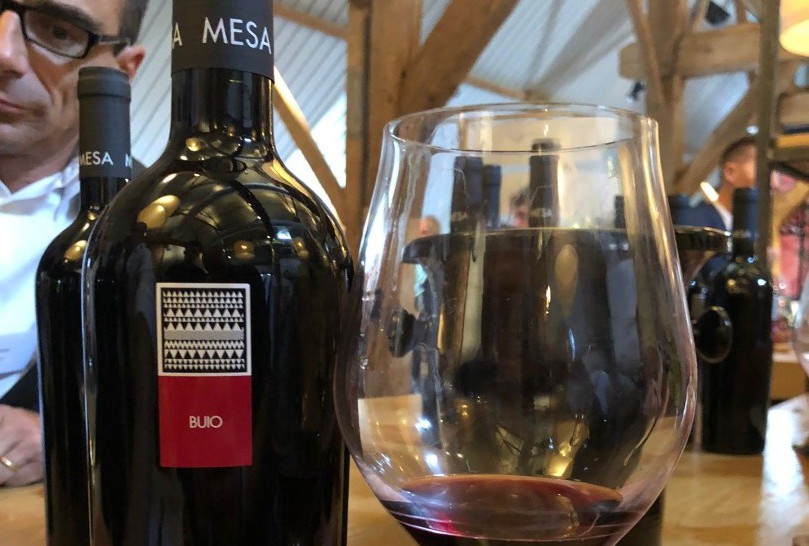 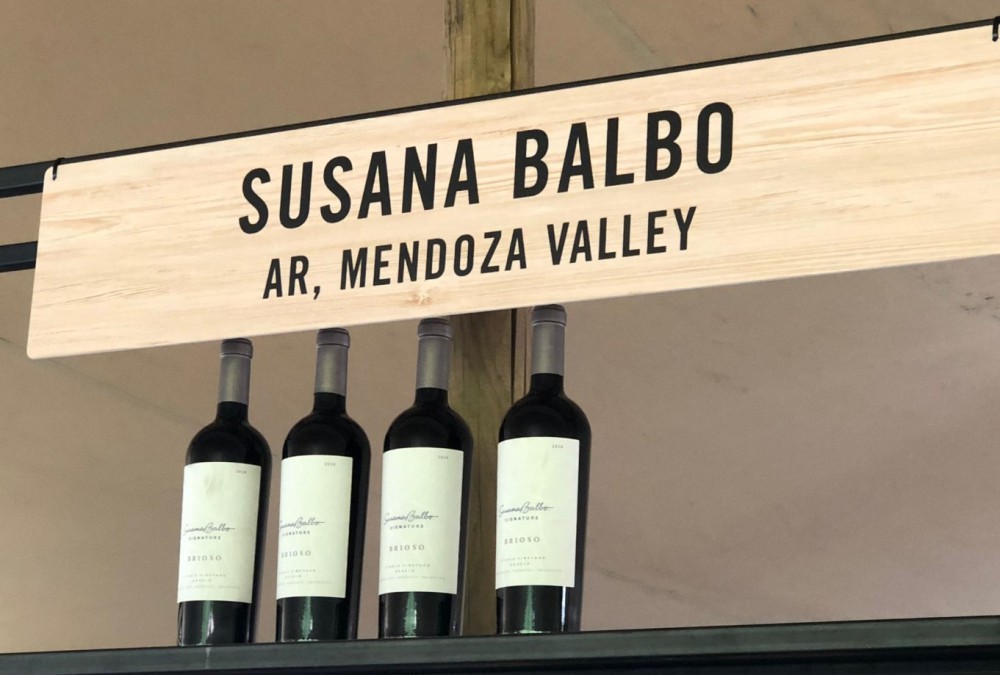 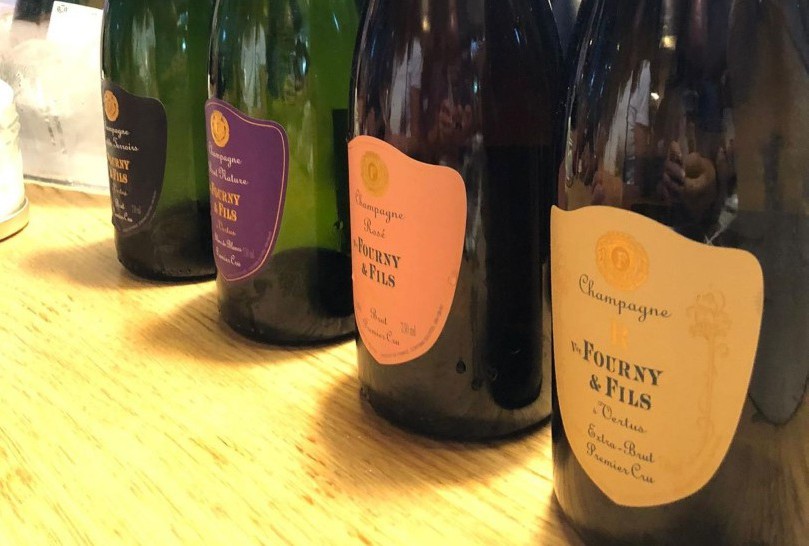 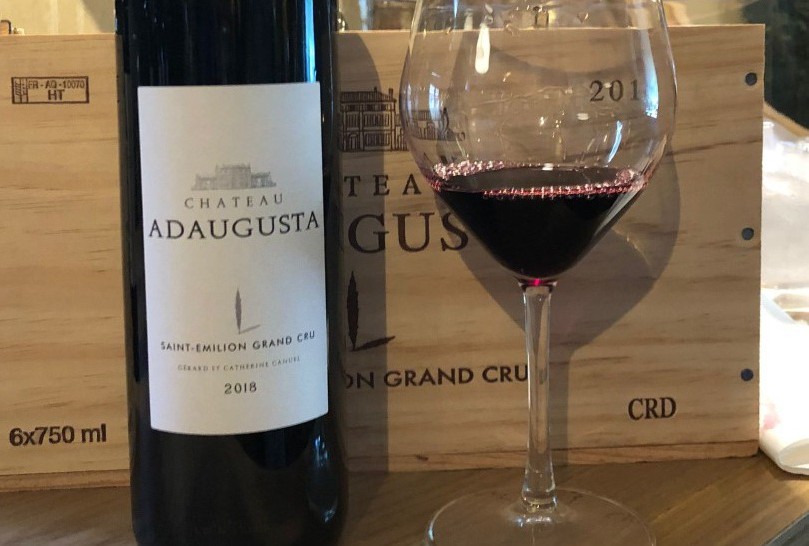 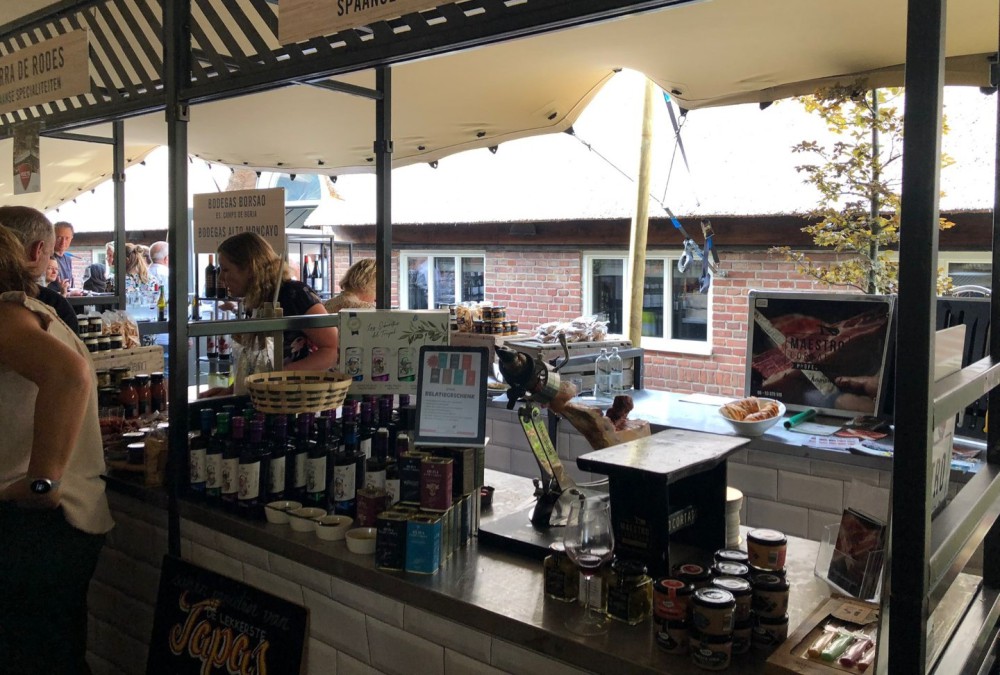