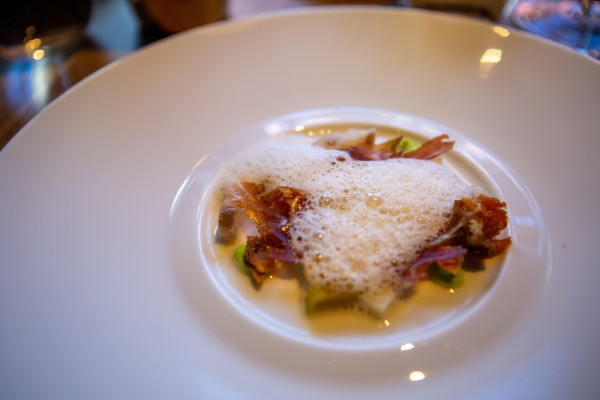 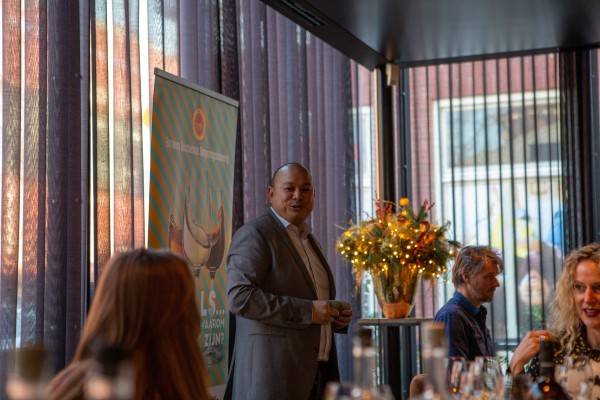 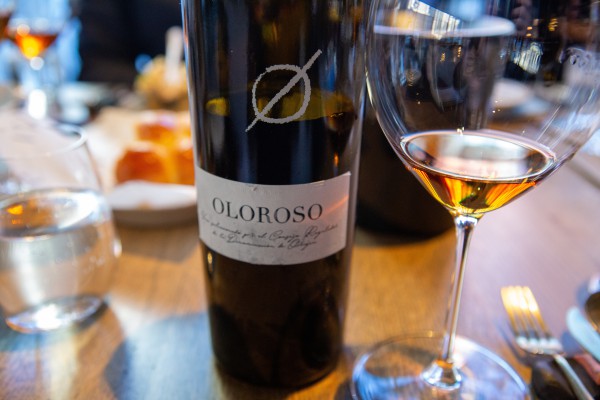 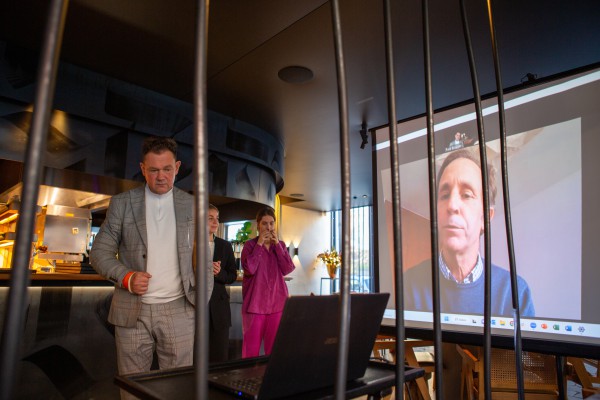 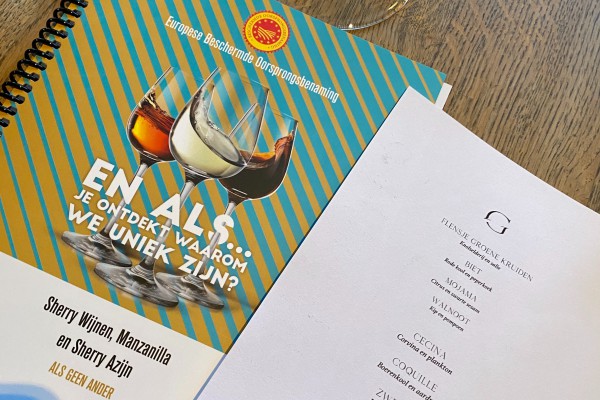 Enjoying a Sherry lunch at Vigor in Vught, the Dutch winner of the Copa de Jerez! 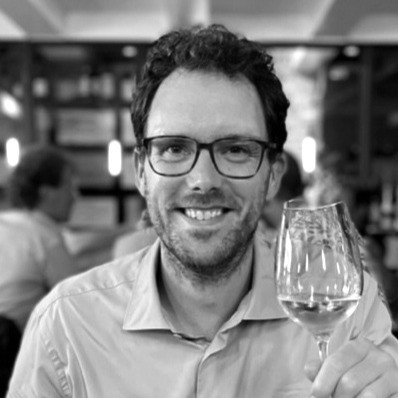 A wonderful end of the year: Enjoying a Sherry lunch at Vigor in Vught, the Dutch winner of the Copa de Jerez!

On behalf of D.O. Sherry Wines, we were invited to the last press lunch of the year organized by PitchPR. Together with other professionals we tasted the versatility of Sherry Wines in Restaurant Vigor in Vught: winner of the Copa Jerez 2022, the international competition of gastronomic combinations with Sherry and Manzanilla wines. In 2023 they will represent the Netherlands in this competition. They wowed the judges with their Sherry-Spice combinations, and of course we all wanted to taste that!  After lunch there was a live connection with a Sherry bodega hearing all about the 2022 harvest.

Introduction to Vigor and the Copa de Jerez.

Vigor is a restaurant in Vught, the Netherlands, founded by chef Lars Albers and sommelier Randy Bouwer. At Vigor, sommelier Randy serves more than 40 different sherries by the glass, and probably has the largest selection of sherry menu in the Netherlands. His motto is also to let more people experience different styles of sherry in pairing with fine dishes.
The Copa de Jerez is an annual competition in which sherry restaurants from around the world participate. The goal of the competition is to create the best sherry experience, which means restaurants cooking with the best ingredients and the best sherry wines the region has to offer. Vigor was the Dutch winner of the Copa de Jerez in 2022, giving it well-deserved recognition for creating a unique sherry experience and may represent the Netherlands in Spain in 2023....

Why did Vigor win with the Copa de Jerez?

Vigor is the Dutch winner of the 2022 Copa de Jerez, giving it well-deserved recognition for creating a unique sherry experience.
The judges were impressed by the creativity and originality of the menu, which was a true interplay between chef Lars Albers and sommelier Randy Bouwer.

What did we eat and drink at lunch?

We started with several amuses combined after which we had the winning dishes.

What is the Copa de Jerez?

The Copa de Jerez is an annual competition for sherry restaurants around the world. The competition aims to create the best sherry experience by using the best ingredients and sherry wines the region has to offer. Restaurants are judged by a panel of professional sommeliers and sherry experts, who are looking for restaurants that create a unique and varied sherry experience.
The competition consists of three rounds, including the preliminary round, the final and the awards ceremony. In the preliminary round, restaurants must present a tasting menu featuring a selection of the best sherry wines the region has to offer. In the finals, the best restaurants are invited to present their degustation menu in a live show, where the judges evaluate the restaurants on their creativity, originality and use of sherry wines.
The winner of the competition will be rewarded with a trip to Jerez, Spain, where they will receive a private tasting and visit to sherry cellars. The winner will also receive an exclusive bottling of a sherry wine, as well as a certificate of participation in the competition.

The main thing that makes Vigor's Sherry so special is the combination of innovative dishes with a modern touch and the best sherry wines from the region that are truly designed in concert. In doing so, Randy deliberately does not choose the most expensive bottles but wants to keep it accessible and affordable. A different sherry wine is served for each dish, specially selected to enhance the dish and bring out the best in the taste. Lars Albers is an experienced chef who is familiar with pairing different flavors and ingredients, and Randy Bouwer is a passionate sommelier and sherry ambassador so you can be sure that you will get the best possible sherry experience at Vigor. Moreover, Vigor is also a wonderful place to dine right in the center of Vught.

After lunch we had a video call with Timothy Holt, International Area Director at Bodegas Barbadillo.
It was a very special year for the vineyards. The result has been 50% less yield of Palomino grapes, the grape most commonly used in sherry. This was due to a spring that was far too warm. In May, the temperature was too high which prevented the grapes from developing properly due to the stress of the heat. However, the good news is that the quality of grapes is now much better and can be called great. This will make for better sherries which will give premium wines a greater upper hand.

Another trend we will see reflected according to Timothy is that we will get more premium, more En Rama (En Rama = minimal filtering) and more special sherries in the coming years. There is also a trend with organic wines such as organic Fino and Manzanilla.

A great prospect for sure!

So, sherry is wine or not?

Yes, Sherry is a wine. It is a fortified wine that hails from Spain and is made from white grapes. Sherry is highly alcoholic, ranging from 15% ABV to an incredibly boozy 22%. It is produced using the solera system and is aged in barrels. There are seven types of Sherry and they come in a range of styles, tastes, and colors.

Sherry is a fortified wine from Spain. While Sherry is often thought of as a sweet wine, it was traditionally made dry. It’s only in more recent years that Sherry wines have been sweetened to make the tasty dessert wines that people are more familiar with. This sweet Sherry is commonly known as Cream Sherry. Sherry is a highly alcoholic wine, ranging from 15% ABV to an incredibly boozy 22%. This means it is often enjoyed at the end or beginning of a meal, similar to Port. Sherry is made from white wine grapes. Palomino features prominently in dry versions, while sweet versions like cream sherry might include Moscatel and Pedro Ximenez. It is produced using the solera system and is aged in barrels. There are seven types of Sherry: Fino, Manzanilla, Amontillado, Palo Cortado, Oloroso, Cream, and Pedro Ximenez. Fino is the driest of the Sherries and is usually enjoyed young, while Oloroso is the darkest and richest. When it comes to pairing and serving, Fino and Manzanilla Sherries go well with tapas dishes. Aged Sherries, like Amontill.

Why is sherry not that popular?

There are a few reasons why Sherry is not as popular as it once was. One reason is that Sherry has become associated with sweet styles of Sherry, such as Cream Sherry, which are more popular among older people. Additionally, Sherry is a fortified wine, which means it has a higher alcohol content and is often enjoyed at the end or beginning of a meal. As a result, Sherry may not be as appealing to younger people who are more likely to be socializing in bars and pubs where lighter, lower alcohol drinks are more popular. There is also a lack of education and awareness about Sherry, which means many people may not be familiar with the different styles and how to pair and serve them.

How can you pair sherry with food?

Sherry is a very versatile wine that pairs well with many different types of food. For example, dry styles such as Fino and Manzanilla work well with olives, charcuterie, and salted nuts, while sweeter styles such as Cream Sherry are perfect for desserts or chocolate. Amontillado and Palo Cortado pair well with soups, chicken and pork dishes with creamy sauces, and full-flavoured Spanish blue cheeses. Sweet Sherry is also great for pairing with tiramisu, dark chocolate, and vanilla ice cream. You can also use Sherry in your cooking, from sauces and marinades to reductions and glazes, to add a unique and flavorful twist to your dishes.

More about Vigor in Vught

Restaurant Vigor in Vught is a restaurant founded by Lars Albers and Randy Bouwer, two experienced chefs and sommeliers with years of experience at the top of Dutch gastronomy. The restaurant offers a warm, casual atmosphere where guests can enjoy purity and refinement down to the smallest details. After less than two years, restaurant Vigor in Vught has already received praise and acclaim everywhere. Guests can take a peek into the open kitchen and enjoy an intriguing gastronomic experience.

Thank you for this wonderful end to the year Vigor and PitchPR. Really enjoyed the Sherry lunch at Vigor in Vught, the Dutch winner of the Copa de Jerez! 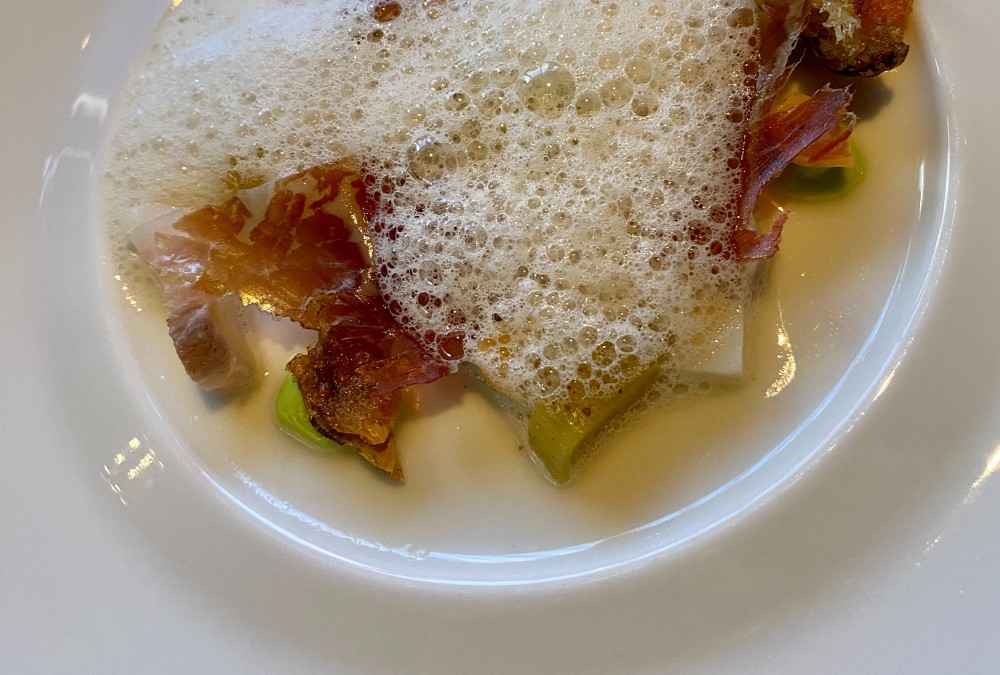 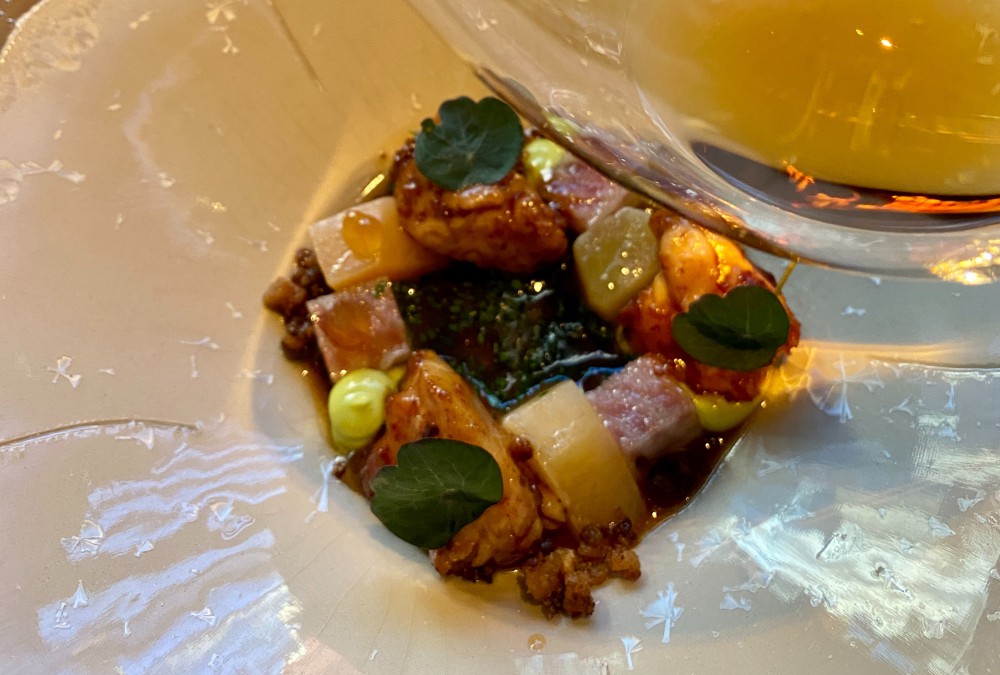 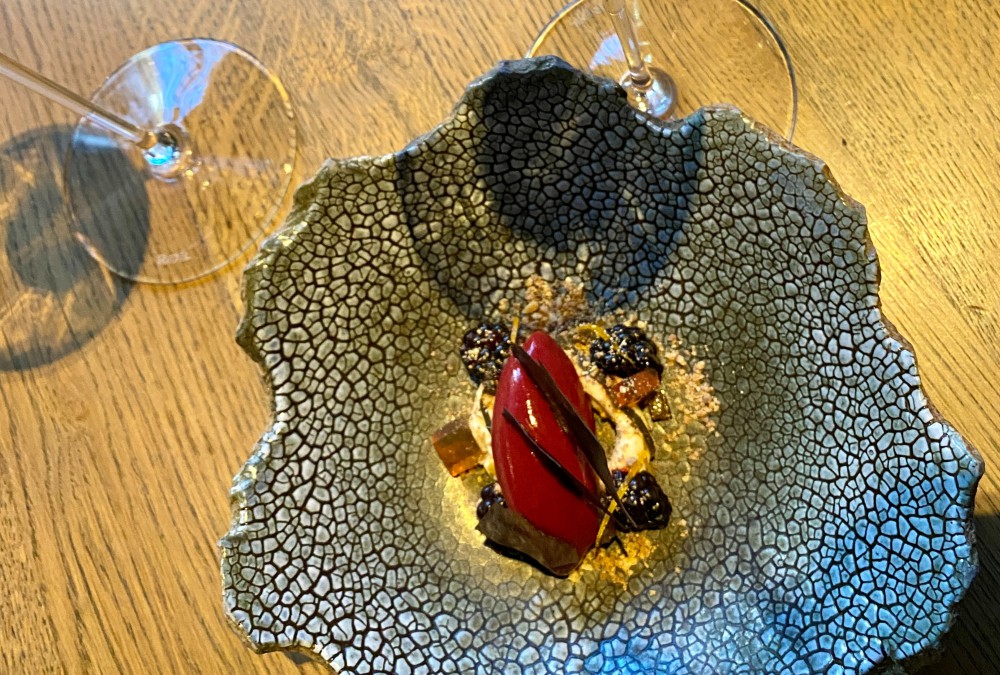 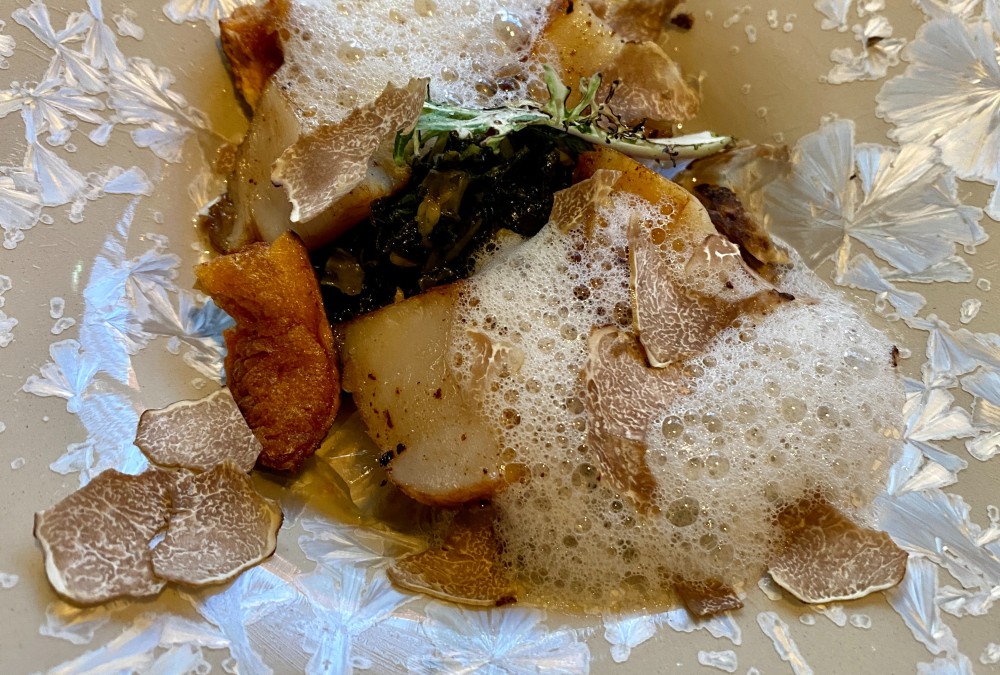 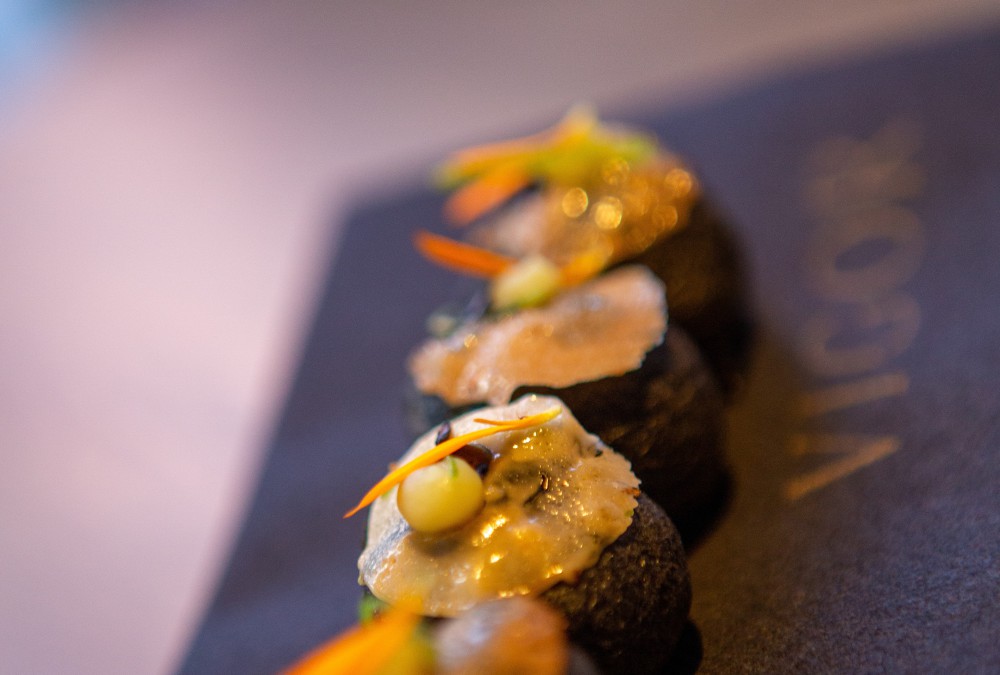 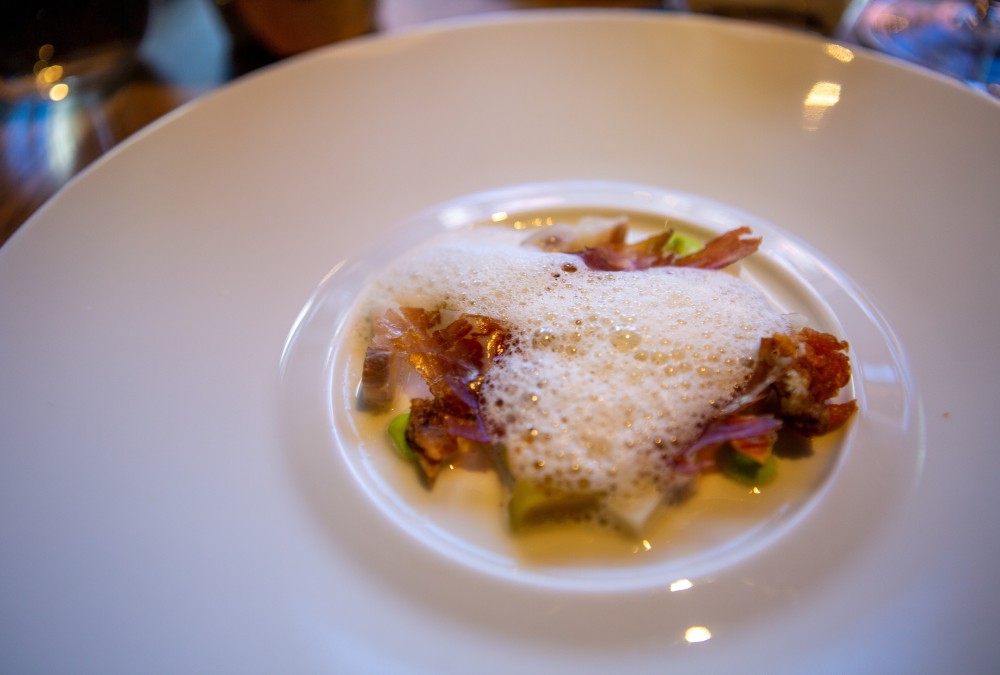 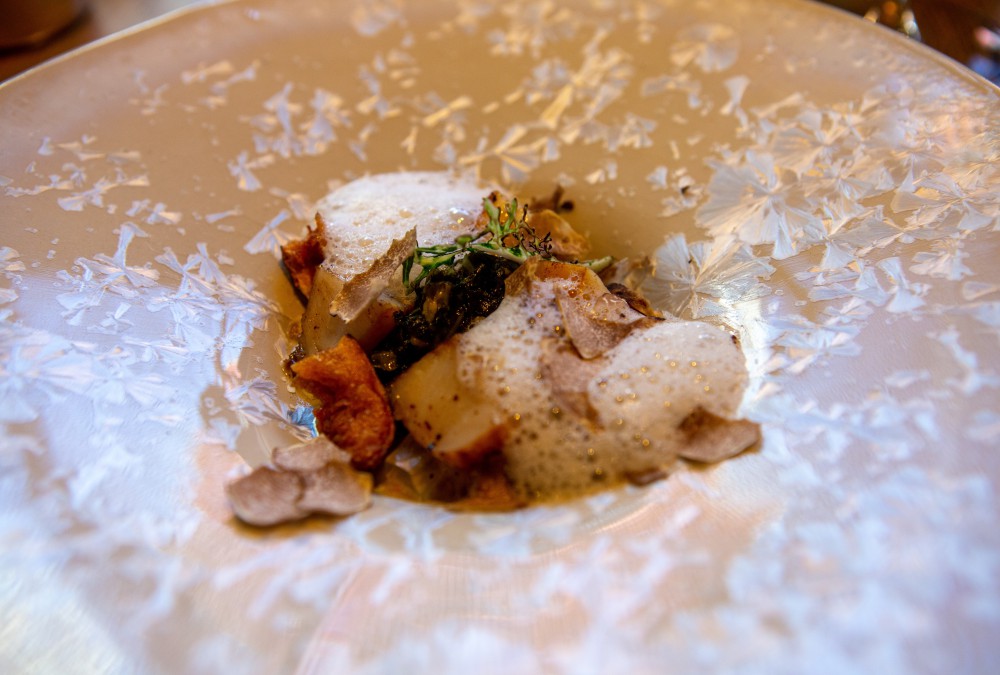 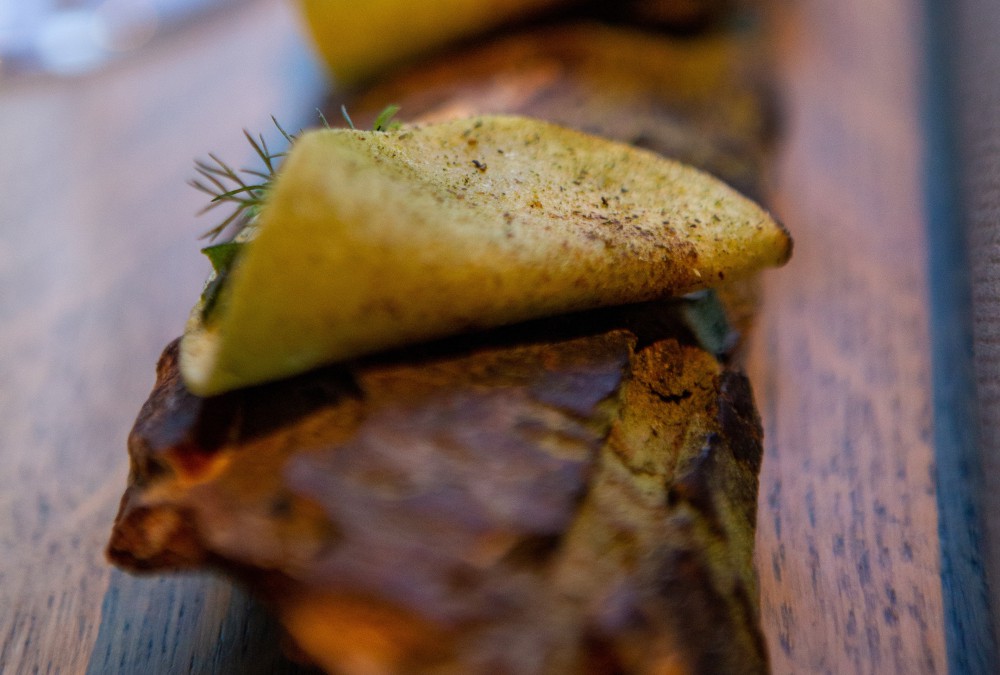 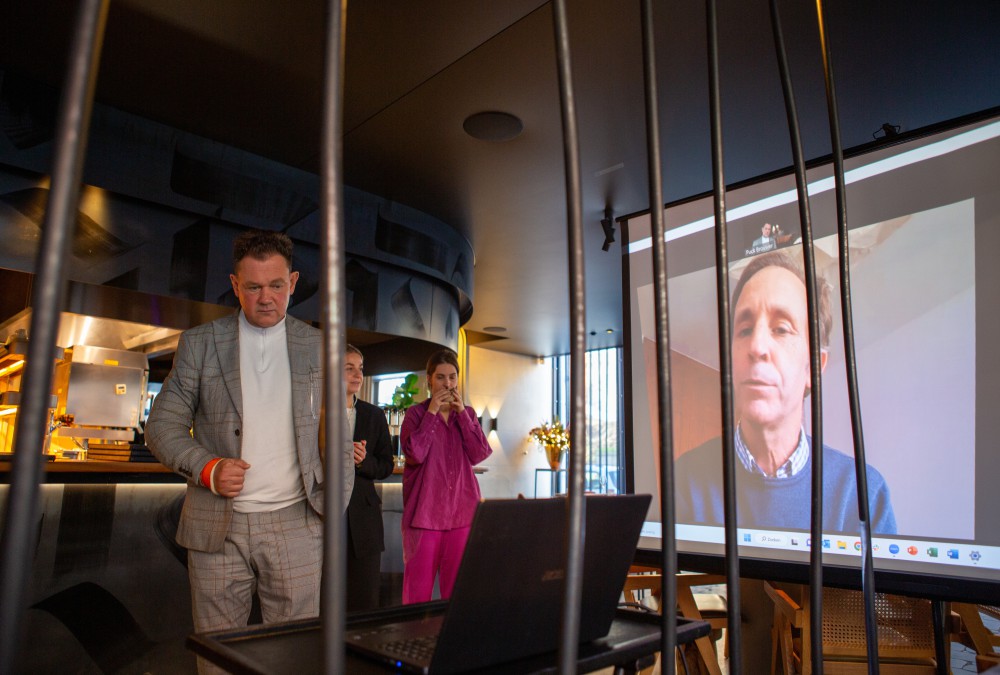 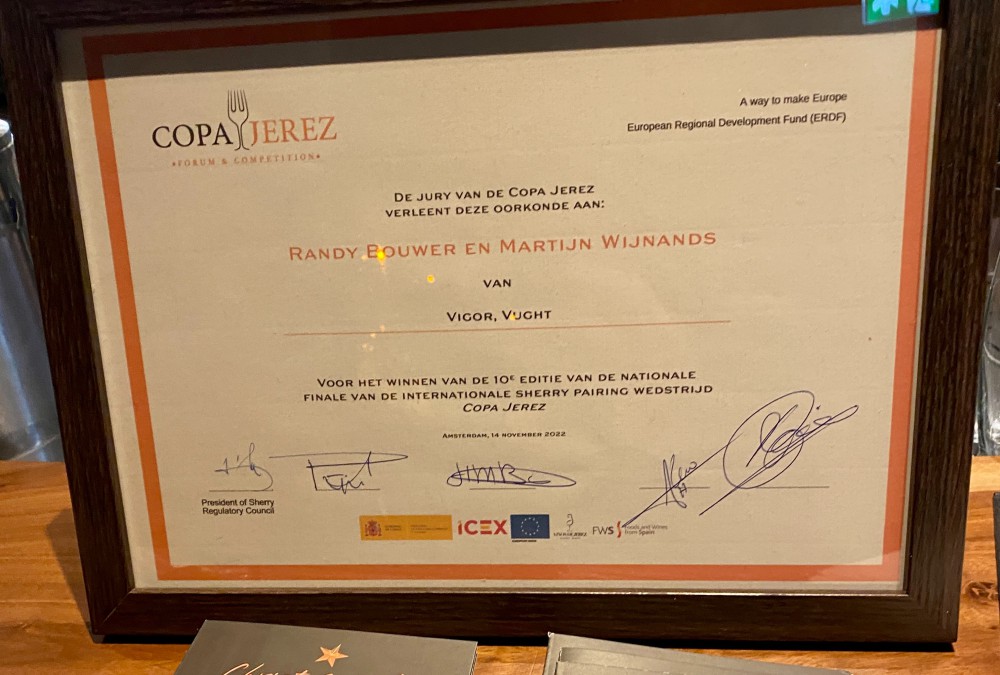 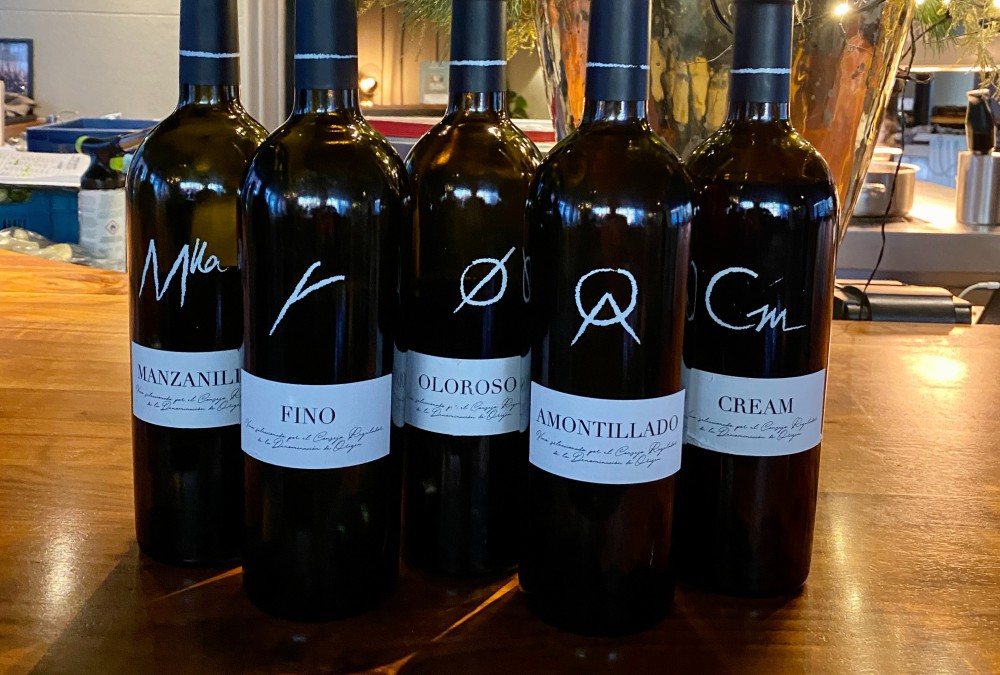 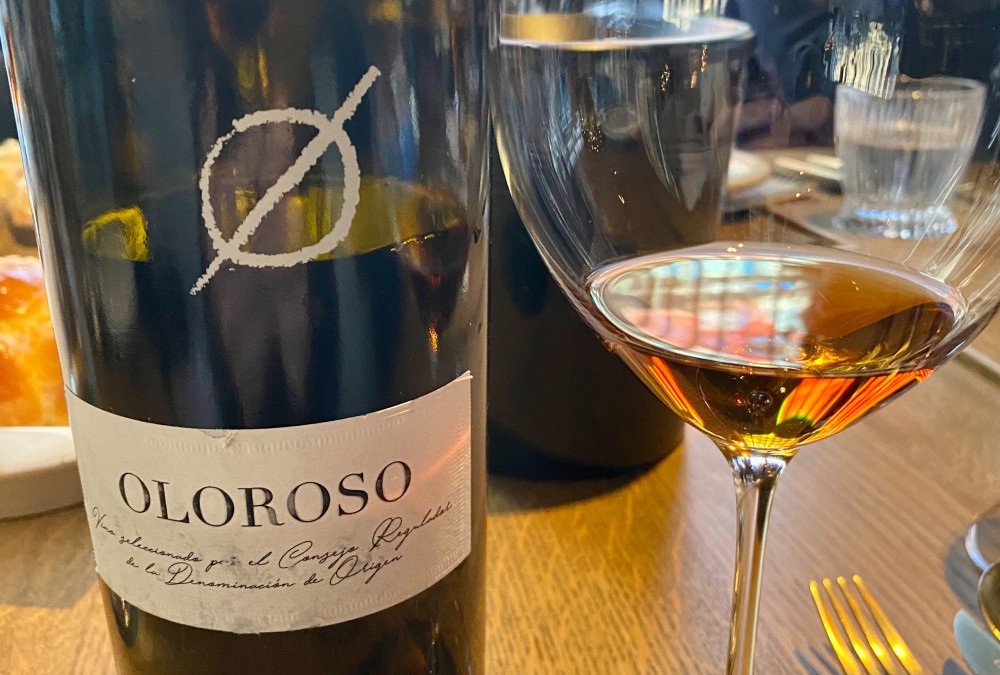 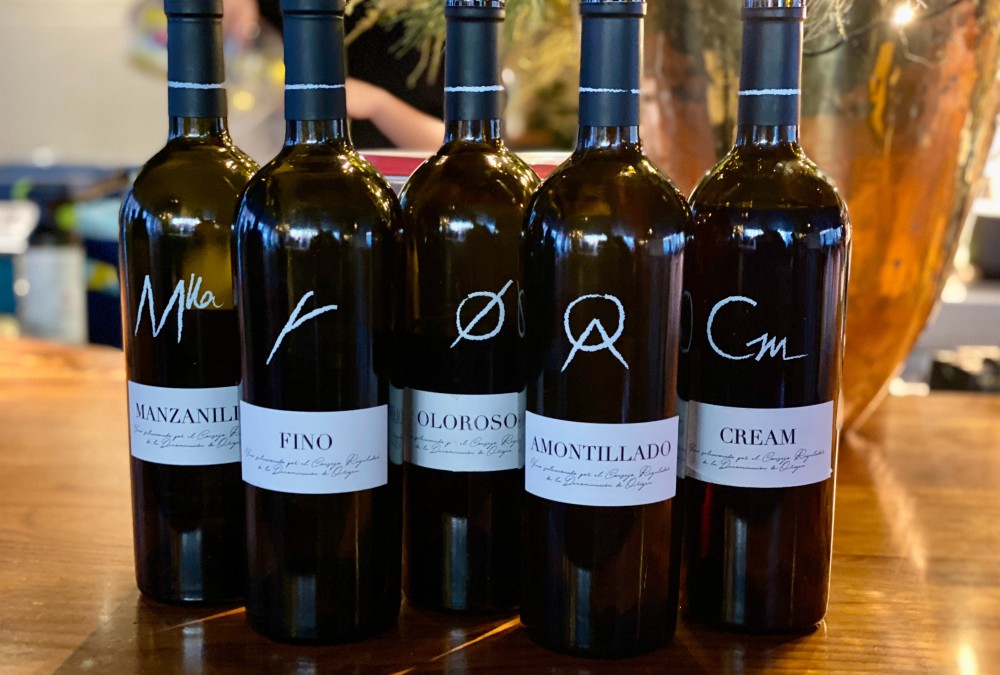 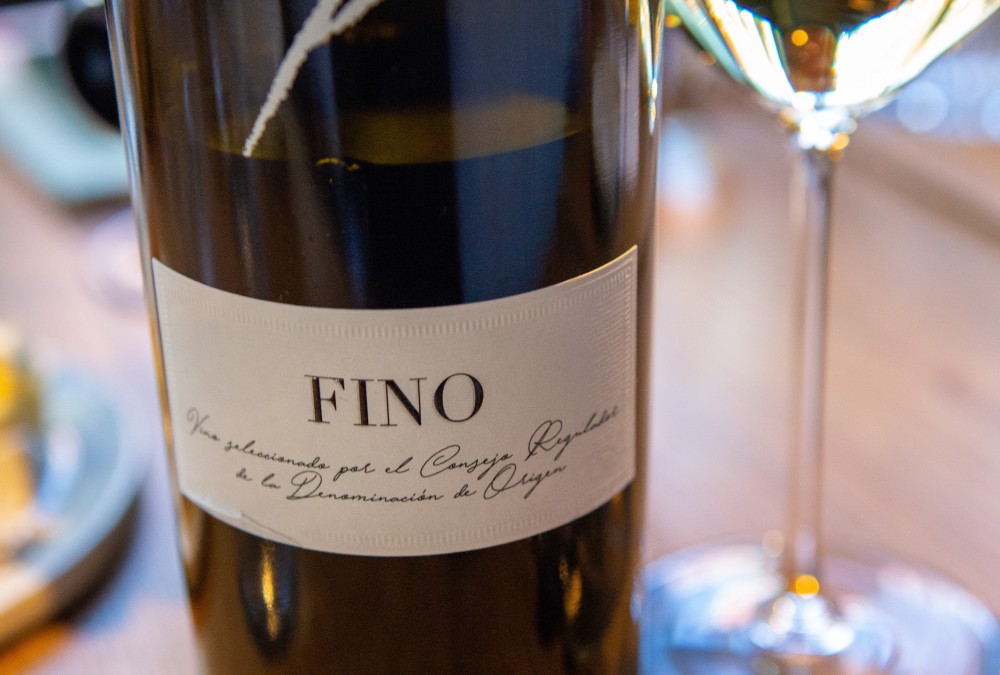 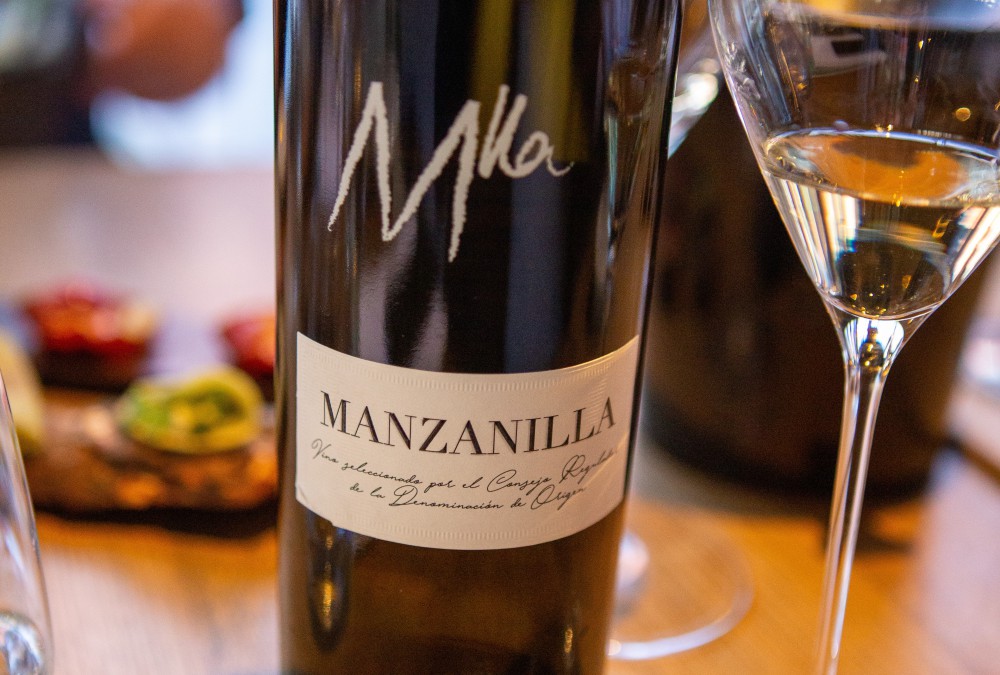 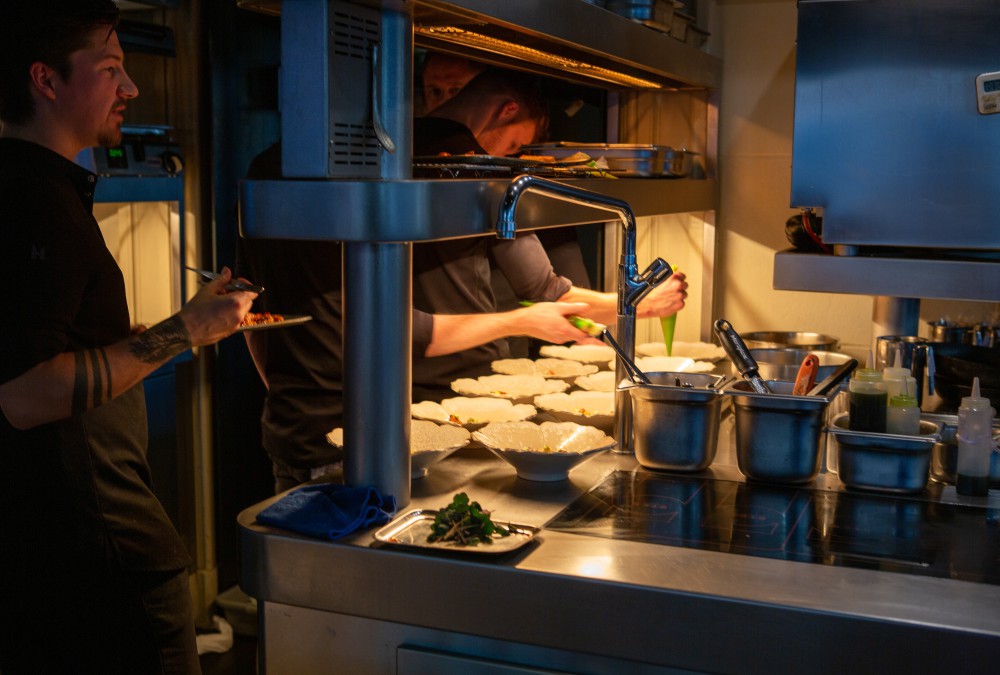