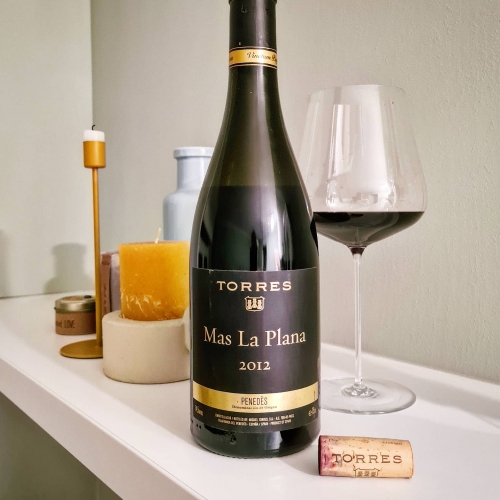 Mas La Plana was one of the pioneering wines, by Jean Leon, that introduced the Cabernet Sauvignon variety to Spain.
In 1979, Mas La Plana gained first place at Gault Millau Olympiade du Vin in Paris, at that moment, the competition was the most prestigious of the time. It managed to overtake the famed French chateaux and, therefore, it received many International awards which caused it to become the flagship wine for Torres. A high quality image has always been associated with the winery which, largely, is thanks to Mas La Plana. The first vintage of this wine dates back to 1970. In its beginnings the wines included small quantities of Tempranillo. The main variety was always Cabernet Sauvignon.

In this small (29 ha.) vineyard only the most select Cabernet Sauvignon grapes are grown. These are used to make strictly limited quantities of Torres’ most prestigious red wine, now known to connoisseurs all over the world.

15-25 days of skin contact. Fermentation in stainless steel under controlled temperature for 7 days. Aging for 18 month in French oak barrels (85% of new barrels)