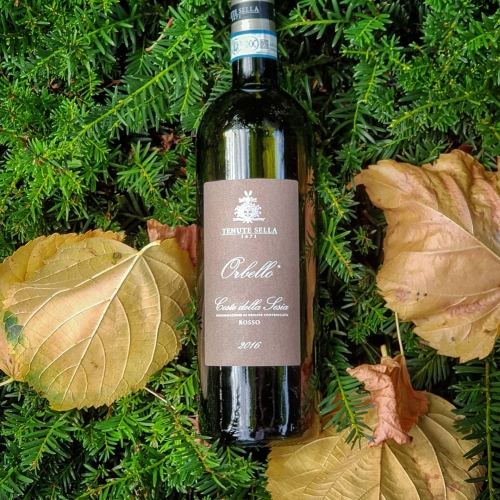 In the glass a bright ruby red color with purple reflections.
On the nose aromas of red berries, spices, toast and flowers.
On the palate dry, warm mouthfeel, young tannins with raspberries, dark cherries and spicyness. Nice long finish.

2016 was a year marked by both challenges and rewards and delivered the best harvests of the past five years. Despite some problems affecting the vegetative cycle, such as the late-April frost which damaged the vines in the lower areas and the late-May and late-July hailstorms that slowed down the plants’ growth, the season proceeded regularly, with neither temperature peaks nor pluviometric anomalies, and with considerable night-day temperature swing which led to good aromatic and polyphenolic maturity.
The veraison stage went smoothly and ended in late August. The early autumn weather, with lovely sunny days, allowed to push the ripening through the third ten days of October, while preserving the wine’s natural freshness.