Back to overview Previous review Next review
search
Feb12 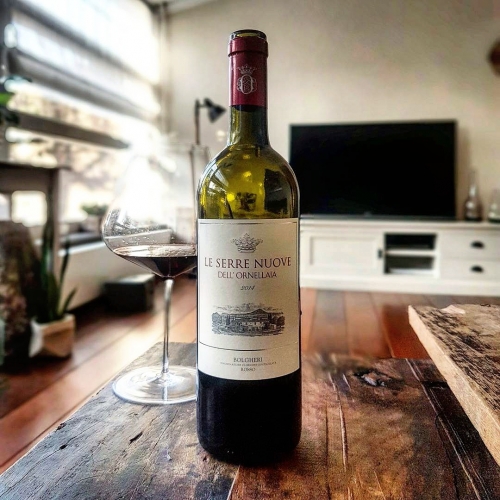 Famous second wine from the Ornellaia estate raised at the foothills around Bolgheri facing the Mediterranean coast. 2014 was a very unusual year with warm winter, cold and rainy august and a very late harvest on 6 september of the Merlot grapes and even 22 october with the last Cabernet Sauvignons.

Despite the fact that the climate did not really cooperate, they still managed to make a very nice wine.

Ornellaia – Le Serre Nuove dell’ Ornellaia (89 tsomw points)
A blend of Merlot, Cabernet Sauvignon, Cabernet Franc & Petit Verdot.
In the glass a ruby red color with some light transperency.
On the nose aromas of blackberries and plums with hints of leather, spices and vanilla.
Despite the youth of this blend from Tuscany it already shows its charm with a medium bodied body, nicely balanced with fine grained tannins and medium acidity which will soften in the years. The other two bottles will take some rest in the cellar.