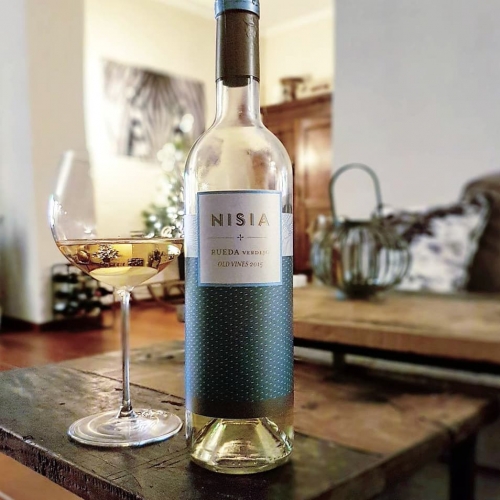 Today a white wine with an excellent PQR.
The winery Jorge Ordoñez was founded in 2004 in Almachar. It was the first of its kind in this part of the Axarquía region near Málaga in Spain's Andalusia.
The mountainous area with steep slopes and slate soils is considered to be one of the oldest wine regions in Europe. As a result of the steady increase in production, the Bodega relocated its installations in 2008 to the Vélez-Málaga location. Today, Bodega's Jorge Ordoñez is part of Grupo Jorge Ordoñez, which owns a wonderful selection of Spanish boutique vineyards producing some of the most prestigious and internationally-awarded wines from 12 different Spanish regions.

Perfect combination with fish this white wine.
This Verdejo is fruity and tropical on the bouquet with nice integrated vanilla tones.

On the palate it's plump and smooth, with just enough acidic bite. Flavors of melon, peach and pear finish solid and fairly long.