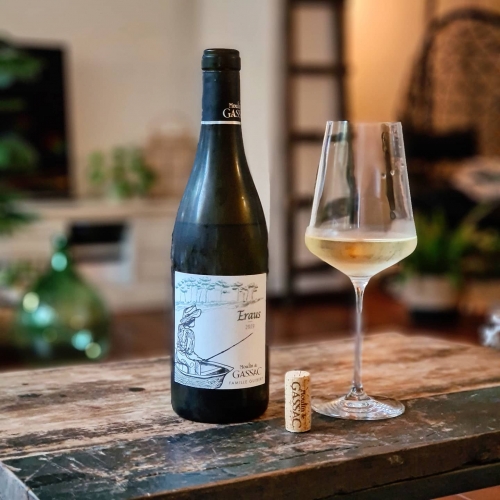 Purchased in 1970 by Aimé Guibert, the 30-hectare Mas de Daumas Gassac was originally intended as a holiday retreat. However, a visiting oenologist, Henri Enjalbert identified many similarities between the soils of the estate and those of certain great estates of the Medoc. This, combined with the estate's unique micro-climate, persuaded M.Guibert to begin planting vines in 1971, the first wines being released in 1978. Made according to organic principles, the wines are now 'cult classics'. The Moulin des Gassac estate is a mere 5 miles away from the legendary main estate and the aim is to make more accessible wines from these cellars.

As a result of Aimé Guibert’s discovery of the exceptional amphitheatre site of Villeveyrac, an unusual partnership was born. The Moulin de Gassac wines were created in the early 90s by their father and the founder of Mas de Daumas Gassac, Aimé Guibert.

Following the introduction of the vine pulling-up premium, he began a partnership with the vine growers in this area with a view to saving its plots. The Moulin de Gassac Selection played a decisive role in preventing the disappearance of this terroir. Thereafter, Mas de Daumas Gassac confirmed the wines’ unique identity with their own signature: Moulin de Gassac. The plots for the white and rosé wines are selected from the area around the Thau Lagoon, near the village of Pinet.

100% de-stemmed, slow maceration with skin contact for 10 to 12 hours in refrigerated tank. Vinification under controlled temperature. 4 to 5 months in stainless steel tank.

In the glass a bright citrus yellow color with golden reflections.
On the medium(+) nose aromas of grapefruit, fresh cut grass, lime and peach with hints of yellow flowers, pine needles and fennel.
On the palate dry, medium bodied with medium(+) acidity and nice freshness. Flavours of lemon, gooseberries, flint and flowers with a medium(+) length finish.

To pair with vegetables, fish and shellfisch and cheese soufflé.