Back to overview Previous review Next review
search
Aug30 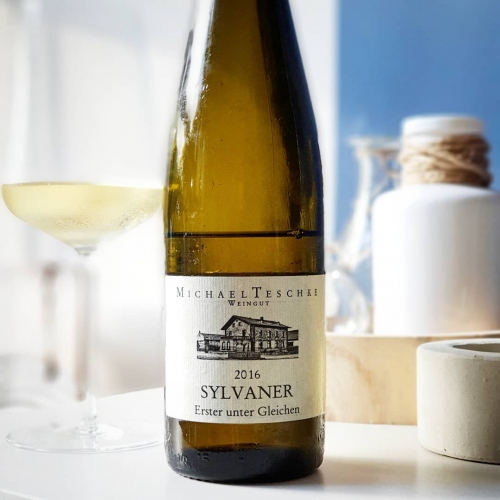 The Teschke family originates from East Prussia and was expelled there as a result of communist purification. After their removal from the former East Germany, she ended up in Rheinland-Pfalz, where she started up a small farm in Rheinhessen. Initially this was an agricultural mix company with livestock, arable farming and viticulture.

The current owner Michael Teschke, the third generation, took over the family business after the death of his father in 1998. At that time there was no longer any question of arable farming and animal husbandry, the focus was entirely on viticulture.

The wine farmer, poet and philosopher Michael Teschke, born in 1968, is one of the new vedettes of German viticulture. He is an idiosyncratic personality, decorated with a characteristic ponytail, who is blessed with a (h) honest mentality. Teschke, however, is above all the worldwide messenger of the forgotten silvaner grape. He is of the opinion that this is as special as riesling and so he annually brings a large number of Silvaner on the market that fit perfectly in the gastronomy. From these exciting specimens one discovers that silvaner is nothing else than the grüner veltliner of Germany. @anforswijn

36 hours on the skin. After this careful bruising for 5 hours with the 'Korbpresse'. Fermented and matured in stainless steel barrels and 8 months in oak barrels.
This blend of Blue Sylvaner and Green Sylvaner is, so to speak, the upper class in Michael Teschke's base segment. The wine combines in an ideal way the different characters of the two grape varieties.

In the glass a bright citrus color.
On the nose delicate aromas of stonefruit, pear, yellow apples with hints of stony-minerals, smoke and some light herbs.
On the palate a nice interplay between the creaminess and the fresh acidity. The wines shows balanced and round with a nice long spicy finish.