Back to overview Previous review Next review
search
Jun1 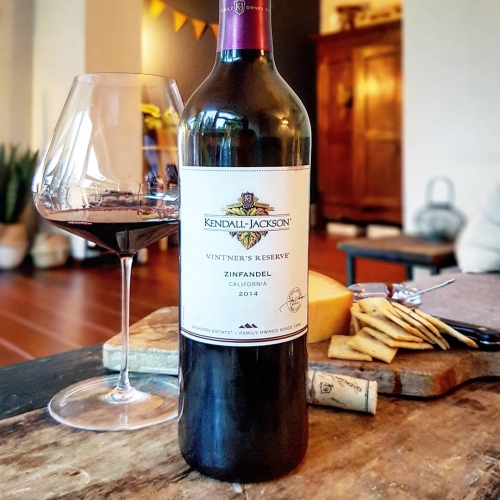 Kendall-Jackson is one of California's youngest, leading and most dynamic wineries. The first wine under the label 'Kendall-Jackson' was a Chardonnay from 1982. That in 1983 the Platinum Award of 'American Wine Competition' would win was a huge surprise.
Stimulated by this success followed years of investing, deepening and expansion. In 1995 Kendall-Jackson was proclaimed 'Winery of the Year' by the authoritative Wine & Spirits Magazine. Key reason of Kendall-Jackson's success lies in the perfect location of the vineyards. The grapes are mostly from the cooler coastal regions of California, where they have every opportunity to develop their aroma and flavor richness.

Jess Jackson, together with his wife Barbara Banke, owns Jackson Family Wines Winery. In addition to their own wines from Kendall Jackson Estate, wines from a number of other Estates and Cellars are also marketed by Jackson, such as Talon, Hartford, Lokoya and the absolute top series Verite.

In the glass a dark purple color.
On the nose delicate aromas of plums, blackberries with hints of cedar, coconut and vanilla.
On the palate full bodied, dry and juicy with flavours of cherries, cassis, plums and sweet spices. The wine has been aged for eight months in oak barrels which created soft vanilla tones. The tannins are fine grained and it has a long pleasant finish.