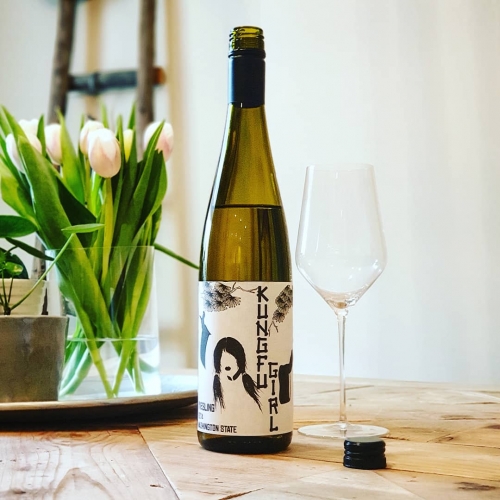 What are you drinking on #nationaldrinkwineday??
I really like the story of this winemaker. It’s completly rock and roll!! A lovely white wine from Colombia Valley - Washington.

Few winemakers have a story quite like Charles Smith. Although he was born and raised an hour from Napa Valley, CA, Charles didn’t discover his love for wine until he moved to Europe. While living abroad, he managed a number of rock bands, including the famed Danish duo The Raveonettes. It was the wining and dining of a rock n’roll life on the road that sparked Charles’ passion for great wine.

In 1999, while on a road trip to Walla Walla, WA, Charles met a winemaker who convinced him to start making his own wine, true to his own story and vision. And in 2001, Charles released 330 cases of his first vintage. Eight years later, he would be named Winemaker of the Year by Food & Wine magazine and again in 2014, by Wine Enthusiast.

Charles’ knowledge of and respect for old world winemaking techniques coupled with his commitment to how people actually drink wine are what make his wines so unique. His reds undergo long macerations of 30 days or more on the skins, with no racking after malolactic fermentation is finished. “They go to the barrel ‘dirty,’ on their gross lees,” he says. For whites, he foregoes battonage, and they’re fined and filtered for stability. And once they’re ready to drink, Charles says drink it any way you like it.

In the glass a bright citrus color.
On the medium nose lovely aromas of citrus, pineapple, peach and lyche with hints of petrol and grapefruit.
On the palate medium bodied, light waxyness, medium+ acidity with nice interplay with light sweetness. Very nice experience this wine. Must be great with thai food.