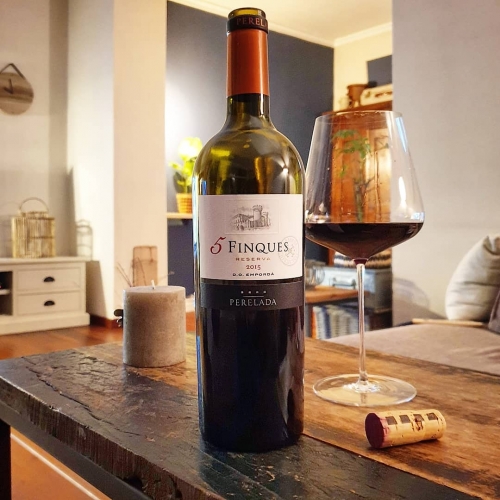 In the village of Peralada in northeastern Spain, Miguel Mateu, former mayor of Barcelona, bought Castillo Perelada in 1923. The castle turned out to be a long tradition of wine culture: under the castle old wine cellars were discovered, where since the Middle Ages wine was made by the Carmelites. Miguel's big dream was to restore this age-old tradition. Meanwhile, three generations later, Castillo Perelada can count itself as one of the most important wine domains of Empordà.

Not only Peralada, but the DO Empordà also has a long wine tradition: the Greeks founded the first vineyards there already in the 6th century BC. These vineyards were further cultivated by the Romans and later by the Benedictines. The area is enclosed between the Mediterranean Sea and the Pyrenees and has a Mediterranean climate with mild winters and hot summers.

A special feature of the region is the enormous variety of soil structures. You will find slate slopes, sandy plains, river deposits, clay and gravel. It is this variety of terroirs that give the wines of Castillo Perelada their unique character. The 5 Fincas Reserva also owes its name to the 5 different fincas (vineyards) where the grapes for the wine are grown. The variety of soil types and grape varieties (Garnaxta, Syrah, Merlot, and Cabernet Sauvignon) enables the domain to create an optimal blend every year. As a finishing touch, the wine is aged for 21 months on French and American barriques.

In the glass a deep and dark cherry red color.
On the medium+ nose delicate aromad of dark cherries, cassis with hints of laurel, vanilla, chocolate and roasted hints with wet earth.
On the palate dry, full-bodied with concentrated ripe fruit, vanilla and spices. Easy going in the mouth with round ripe tannins. The finish is pleasant with light spicyness. Very enjoyable wine with an excellent Price, Quality Rate.